Two pop artists are inspired for a good cause and are exhibiting in Alma Zois event in Thessaloniki!
Stathis Alexopoulos sculptures and Caroline de Souza diptych will be exhibited during the event by Loudos Fine Art & Auctions!

Stathis Alexopoulos is a talented sculptor born on 1976 in Athens Greece, where he currently lives and works. He studied Sculpture at the School of Fine Arts of Tinos, as well as Visual and Applied Arts at the Fine Art School of Aristotle University of Thessaloniki, where he graduated with distinction. He has participated in many group exhibitions and won numerous awards in Greek and international sculpture symposiums.
His sculpting technique, attempting to link the past with the present bringing together the concepts of time and art, is characterized by “hubs”, which are formed by blending together belts and stripes, encircled and embraced eternally. His sculptures combine modern aesthetic with the enduring values of classical sculpture since the form has the power to define the artworks meaning and mission. The artist strives to redefine the form and hold it captive through time. He is known for using Yves Klein Blue, a color that he finds stimulating and inspiring. His pieces can be found in major museum art shops, galleries and private collections. Many big Municipalities in Greece as well as abroad are elaborately adorned with his sculptures. 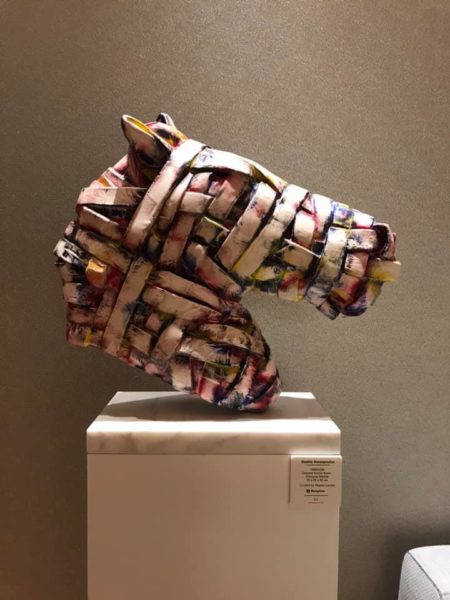 Caroline De Souza ( Καρολίνα ντε Σόουζα) was born in Brazil, more specifically in the town of Curitiba. As a young woman she always had a passion for art, fashion and surf. As a result she travelled to Australia where she studied English and Photography however, she says, this “trip” was only a excuse to pursue her love for surfing. As a surfer she travelled to Bali and after numerous adventures she retired from that lifestyle and returned to her hometown, Curitiba. There she made the decision to “start afresh” and follow her dream of becoming a fashion illustrator and designer.Moving to Milan was the first step in order to achieve this, there she attended and graduated from the ‘Insituto di Moda Burgo’. Subsequently, she worked with an array of well-known fashion designers.After many years working for the best brands in Greece she decide to open her own showroom, and now, after giving birth to her second child something inside of her has changed, and she jump in the world of art! Graduated as fashion illustrator she has always worked with drawing, lately after her trip to Los Angeles, where she was part of a resin technical workshop, she found herself and decide to paint only for now! When asked about what advice she would give budding designers De Souza simply states, “NEVER STOP DREAMING”. 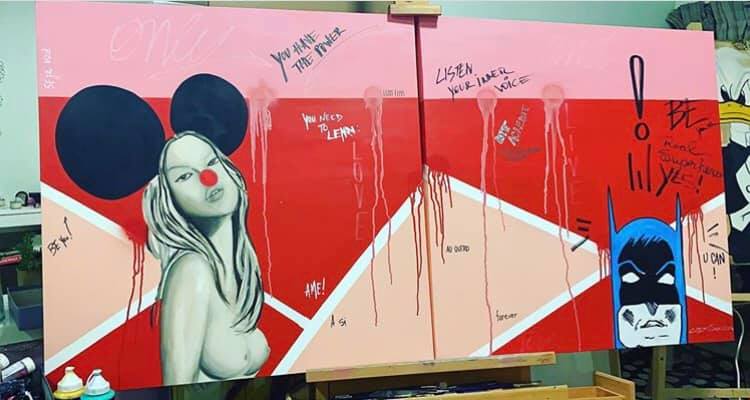 Part of the sales will be donated to Alma Zois.

We are happy to announce the opening of our Athens Office!