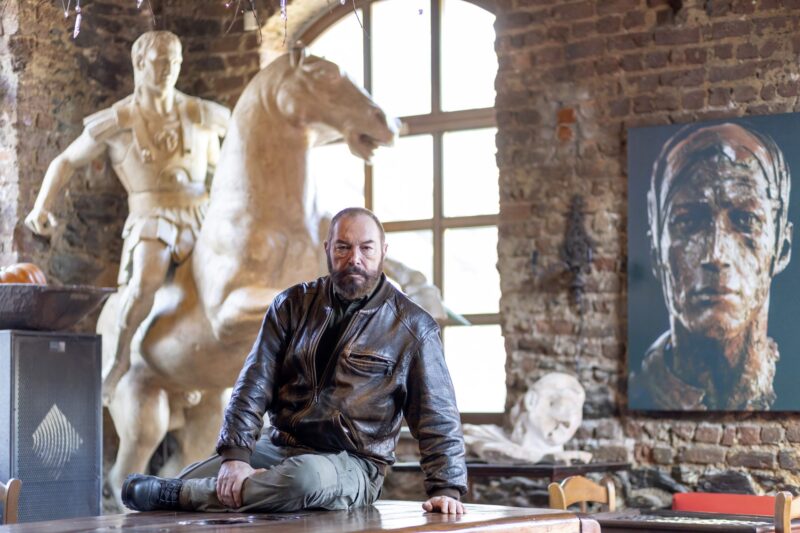 He is known for Fayum portraitures, a type of realistic painting portraits on wooden boards attached to Egyptian mummies.

Between 1981 and 1982 he taught painting at the Young Men’s Christian Association – YMCA of Thessaloniki. Between 1985 and 1986 he worked in the studio of Yannis Tsarouchis.

Lazaros Pandos’ art shows his concern for the male human form, whether portrait or full-bodied. During the 1980s he was attracted by the Renaissance and Orientalist artists, as well as by Caravaggio. Subsequently, he turned to the so-called Fayoum Portraits, making faithful reproductions of them over a period of three years.

He used the Fayoum technique to make his own series of contemporary personages.  Lazaros Pandos received many solo exhibitions in Greece and abroad.

Aside of exhibitions, Pandos illustrated many book for Zitros Editions, including Odysseus Elytis’ Ancient Knowledge of 2001; Homer’s Iliad of 2004; Sophocles’ Tragedies of 2005; and The Apocryphal Gospel of Thomas of 2006.